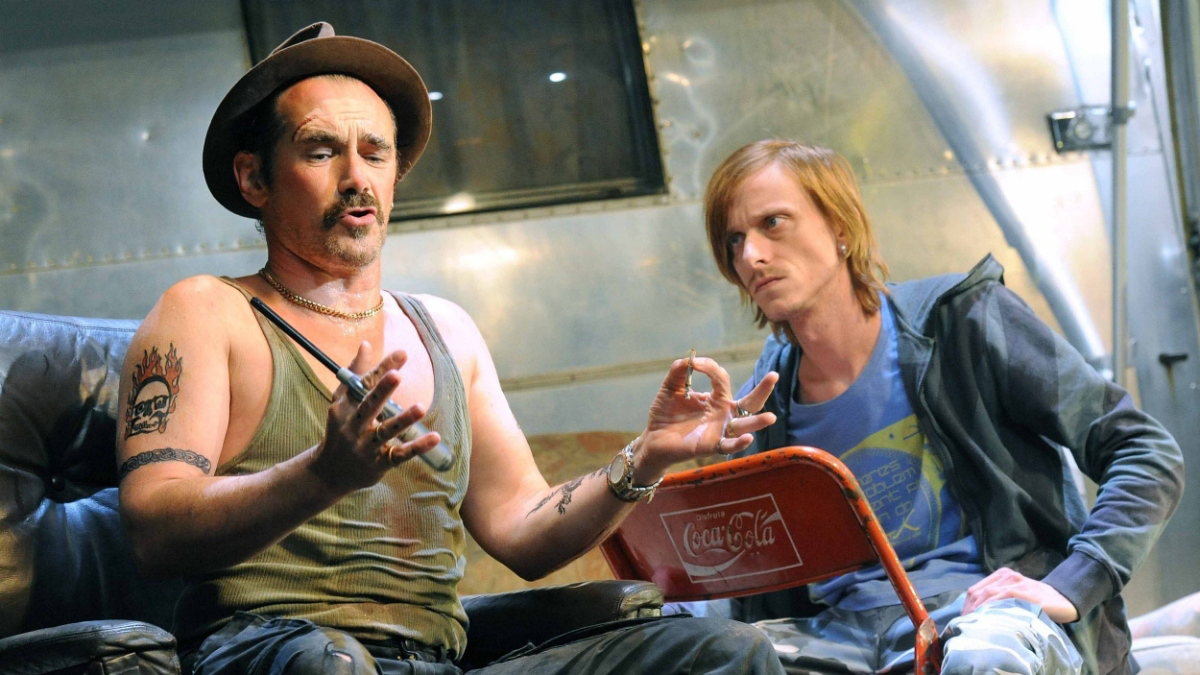 Sonia Friedman Productions and the Royal Court Theatre confirm the return of Ian Rickson’s production of Jez Butterworth’s Jerusalem to London’s West End for a strictly limited 16-week engagement. Mark Rylance and Mackenzie Crook will reprise their celebrated roles as Johnny “Rooster” Byron and Ginger respectively, with further casting to be announced at a later date.

Previewing at the Apollo Theatre from 16 April 2022 with the opening night on 28 April 2022, Jerusalem will run until 6 August 2022. There will be over 800 seats at £15 or under each week across the house throughout the run with additional education rates of £25 per student ticket.

Jez Butterworth’s award-winning play, which premiered at the Royal Court in 2009, returns to the West End following record-breaking sold-out runs at the Royal Court and the Apollo Theatres in 2009, 2010 and 2011 as well the Music Box Theater on Broadway in 2011.

On St George's Day, the morning of the local county fair, Johnny Byron is a wanted man. The Council officials want to serve him an eviction notice, his son wants his dad to take him to the fair, Troy Whitworth wants to wreak his revenge and a motley crew of mates wants his ample supply of drugs and alcohol.