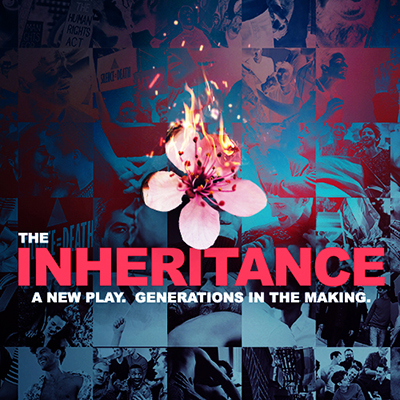 At the 74th Tony Awards ceremony last night at the Winter Garden Theatre, Sonia Friedman Productions - alongside co-producing partners Tom Kirdahy and Hunter Arnold, won four Tony Awards for The Inheritance – Best Play for Matthew Lopez, Best Direction of a Play for Stephen Daldry, Best Performance by an Actor in a Leading Role in a Play for Andrew Burnap, and Best Performance by an Actress in a Featured Role in a Play for Lois Smith – becoming the oldest performer to win a Tony Award for acting.

This marks the 3rd consecutive win in the Best Play category for SFP, with previous wins for Jez Butterworth’s The Ferryman (2019) and Jack Thorne’s Harry Potter and the Cursed Child (2018) – mirroring the Olivier Award of each preceding year.

Sonia Friedman said today, “Last night’s Tony Awards was an extraordinary event that heralded the return of Broadway and live performance following the devastating 18 month shut down due to the global pandemic. It was an honour and a privilege to share in that moment here in London, with Matthew Lopez’s extraordinary play The Inheritance, which meant so much to so many, winning four Tony Awards – Best Play for Matthew, Best Direction of a Play for Stephen and much deserved acting nods for Lois and Andrew. A big thank you to all who voted for the production, and congratulations to all the fellow nominees for their incredible work.

“It also marked a moment for us at SFP with our productions winning the Best Play Award for the 3rd consecutive time following Harry Potter and the Cursed Child and The Ferryman. The achievement is testament to the hard work, dedication and resilience of our team, and our amazing investors, without whom none of this would be possible.”

The Inheritance originally opened at the Young Vic Theatre in March 2018, before transferring to the Noël Coward Theatre in September 2018, winning a host of awards, including the Evening Standard Award, Critics’ Circle Award, WhatsOnStage and Olivier Award for Best New Play, as well as the South Bank Sky Arts Award for Theatre and the Drama Desk Award for Outstanding Play. The production opened on Broadway at the Ethel Barrymore Theatre on 17 November 2019, with previews from 27 September, closing on 12 March 2020 when theatres closed in New York, receiving a total of 11 Tony Award nominations.

“It must be seen! A thoughtful, moving and funny play that will not be easily forgotten.”

“An emotional powerhouse. A ravishing theatrical work that urges generations to connect and love.”